On the evening of Tuesday 14th August Nick Dwyer was the lone Lewes Wanderer in a field of 59 starters for an a3crg run 10 mile time-trial.  Such was the standard of the competition that his superb time of 20 minutes and 23 seconds was only good enough for 16th place, with the winner recording a phenomenal 18:22 and the top eleven riders all beating 20 minutes.

The following evening Alan Lester took part in the 18th and final round of the Sussex Cycle Racing League at Preston Park.  There were eight other riders in Alan’s age group competing in a series of different races of which his best results were third in the ‘dash’ - a short bunch race with a single sprint finish at the conclusion - and the ‘points’ - a race with sprint points awarded every few laps. 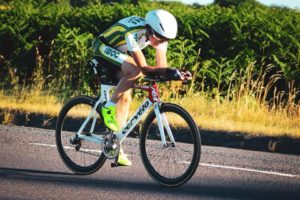 Elsewhere on the same night Peter Baker was racing in the 15th of 17 summer time-trials run by Hastings & St Leonards CC.  On an 8-mile anti-clockwise circuit from Broad Oak (Brede) round to Staple Cross, Cripps Corner and back he recorded a time of 21 minutes and 2 seconds to claim 4th place.

While many Wanderers and their families were enjoying the annual club barbecue in the drizzle at The Star Inn Waldron on Sunday 19th August Peter Baker had sunshine for the West Cheshire Time Trial Cycling Association 12 hour time-trial the same day.  Hampered by a lack of roadside support and inadequate feed stations Peter was disappointed with his still mightily impressive distance of some 213 miles covered in the time.